The picture below I took during the DPT's first convention meeting at YDF, Thimphu on April 28, 2013. More than a hundred of cars (mostly the big ones) of DPT members and supporters were parked and lined up from the Swimming pool until Changangkha. 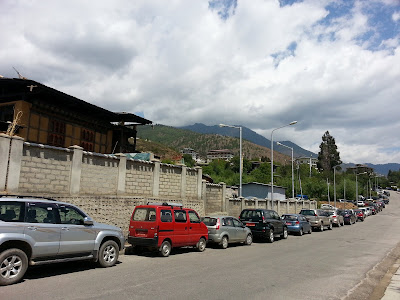 The other day, this man, Tshering Tobgay, the former Opposition Leader, handed over his official vehicle. He justified that the country’s economic was in a bad shape and buying a new set of cars for the next elected Prime Minister, Cabinet Ministers, the Speaker, the Chairman of the National Council, and the Opposition Leader would cost our government huge. 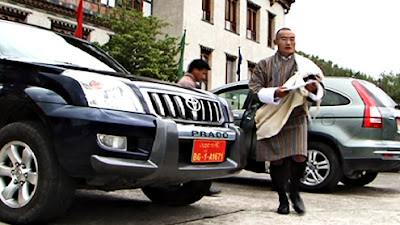 And now, we see a huge outcry from the DPT supporters and the general public about it. Is it about setting the right precedent for our future policymakers? Does this mean “misuse of political authority” on DPT government’s part? Or is it a political game as our country nears the next elections?

Only time will tell.