On my King’s birthday

This is one blog post that I’ve been writing, and also artfully avoiding. I’ve shoved it aside for too long, for so many years. The truth is, my dear reader, this is hard to freely write because I can never quite shake the guilt that’s coming when I write it. Every time, I hesitated. However, for the better or worse, today I dare to write this story, for you only. I hope that you would find pleasure reading it. So, I go here. 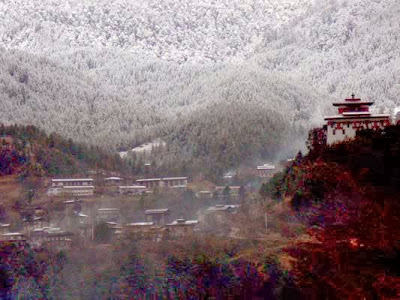 The year was 2001. In Bumthang. I was, then, a class nine student of Jakar HSS. And this incident happened in this particular year, in that very place. More aptly, it’s November 11, the day when our beloved fourth King was born. It was the hugest occasion in Bhutan, where the entire nation would splendidly celebrate the His Majesty’s birthday.

In Bumthang too, on that day, we were marking the 46th birth anniversary of our beloved King. All the students and teachers of Jakar HSS gathered in a football ground of Chamkhar. Also, thousands of the civil servants, farmers and business community of Bumthang joined us in celebrating the day. 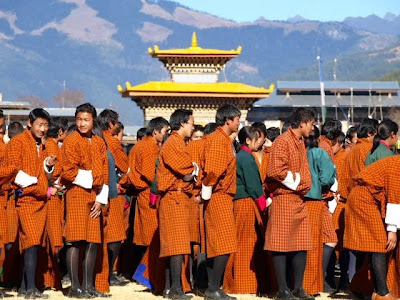 It was a brilliant and beautiful morning, I still remember. In every one of us, there was a huge excitement and festive feeling. In the ground, we spread in four different houses, in neat sethra uniforms. Each house had two lines (one each for boys and girls). The captains, holding banners upright, stood in front of their own house. As usual, I stood at the back, end of the line.

We were waiting for our Chief Guest, a high official from Thimphu, to grace the occasion. Our hands and ears turned as cold as ice as the winter in Jakar was extremely cold, bone chilling. After almost one hour, the Chief Guest arrived. Everyone was alerted.

The event began, one hour late, with the marching ceremony. At the backside, we were concocting plan to guzzle the chang, fermented wheat, after the event.

Then, our Chief Guest, an old man, began his speech. No apology for late his arrival, though. Another hour had just passed, and for the record, there was no sign of his speech’s end. A few girls fainted cold, and were taken back to the hostel. 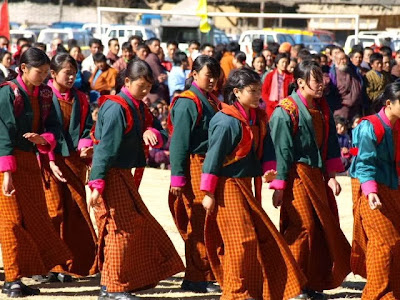 We all cursed that old man for his never-ending insignificant speech; more curse on his late arrival. In a while, our stomach started to grumble due to insufficient breakfast. We went on cursing, this time, on our school principal. For, he didn’t treat us with milk tea and boiled eggs in the breakfast. For, he didn’t arrange any meat curries for the lunch that day.

I got very frustrated, aggravated and snappy. I yelled, “What the hell with all this today? This damn Chief Guest. Fucking principal. Stale black tea. Kewa curry. Does it mean that our King is not going to live long?”

Actually I had no idea what I was really even saying, and I couldn’t believe my own ears. I didn’t mean to say it exactly. In fact, my choice of words is to blame. But this is one thing that I should never be saying, by any means, anyhow.

Before I could take back my words, a tall boy abruptly broke his line and started to charge on me. He was known to us by his nickname, Fucking Asshole. Even the teachers called him by this name. For he always used it everywhere, for everything.

Mad and furious, he attacked me, “You fucking asshole, how dare you say that? ‘Our King is not going to live long’? I will break your arse, fucking asshole!”

A loud sound began to erupt as we engaged in a heated argument. The Chief Guest was still blabbering, and in the ground there and back, we entered into a dreadful fist fight. Everyone turned their eyes towards two of us, the old man’s speech completely ignored.

We kept on fighting, exchanging incessant blows and kicks. But I don’t remember now for how long. When we stopped, the speech had ended, and the program already over. After that, we returned to our hostels; we had our lunch, the same kharang and kewa curry.

Late night that day, when I was about to sleep in the hostel, Fucking Asshole busted in my room. He was drunk. Perhaps he should be. There was menace in his eyes; fury radiating from his body. He slumped towards me, pulled off my blankets, and confronted me again. 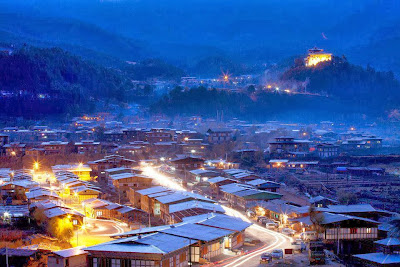 I was thoroughly headhunted. And in the dead of night, we involved in another fracas, this time more brutal, loud. My room stirred up with terror; the roommates nervous.

As we fought, he stammered and choked on his words, “You…fucking ass…hole, nooow I’m surely going to kill you.”

Eventually, I realized my mistake and admitted it. I gave up fighting back with him, and let the shower of punches and kicks fall on me. I got mercilessly beaten up and pain inflicted. As Fucking Asshole left the room, I stood in my room like a hunted animal, bursting into terrified tears.

Today, after a decade, I still carry this incident with me, and the guilt clinging. But as I am about to complete writing this story, right now, tears flooded my eyes yet again. This time what brought me to tears is Fucking Asshole’s exceedingly patriotic soul, his bravery, protection and love for our King. As I cry here, as I drop this tear, as I finally completed writing this story for you, I’ve realized one thing: my heart lighter, my guilt cleansed.