Giri, a teacher from Rangia, India who visited Gelephu after 20 years with his family was astounded when he found comparatively less crowds and shops in Gelephu. He couldn’t digest the fact the Gelephu Town had become so deserted, lost its past glory. He went around desperately and asked some shopkeepers about the crowds and businesses of the town which had disappeared so abruptly. 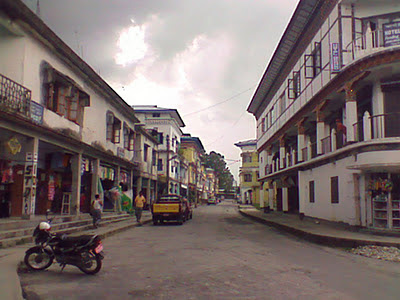 The 52-year-old Gelephu Town had disappointed many hearts. The town wasn’t the way it is now. It was a busiest business hub in our country just a half decade ago and of course a core commercial centre for the businessmen from Bumthang, Trongsa, Dagana, and Tsirang.

“People from all parts of the central Bhutan would come loaded with sacks of cardamom, pears, orange, ginger, and forest products and sell them here. In return, they would take back home salt, sugar, oil, and clothes,” reminisced 70-year-old Bontiq Majji, one of the oldest shopkeepers of the town.

He added, “They would even hold night and enjoy watching films and mela and spend all their left over money on drinking and shopping spree. Even people from as far as Thimphu and Trashigang used to come here to experience the thrill the town used to offer them.”

Ugyen, 34, recollects how agitated he and his friends would be just going shopping at Gelephu Town. The town was always lively with activities and huge crowd. “The other great activity that would create even more excitement was the Losal Cinema Hall. People from all over would gather here and it was fun to watch the Hindi films and the crowd too,” Ugyen said.

Beside Bhutanese, people from the border towns of Dhatghari and Bongaigoan would depend on Gelephu Town for daily supplies of clothes and edibles. Traders and businessmen would come from India and install business in Gelephu because business was profitable here.

The town started disfiguring its past glory since 1990. Since then Gelephu was in the news for all the wrong reasons. The insurgent of southern problem in 1990, the troubled situation in the neighboring Indian State of Assam, the outburst of bombs in 2003, the war in 2004 with ULFA and armed men across the border robbing the residents disgraced the Town ruthlessly.

Deeply troubled by the frequent violence, people knew life in Gelephu would be a dangerous and they abandoned it. Only people with land, buildings, and official duty stayed back.

Many young ones were pushed away when all the factories (match factory, sugar factory, bricks factory, and poultry farms) which had generated a lot of employment were shut down consecutively. Unsure of their future, young people started boarding the buses to other dzongkhags in search of employment and a safer place of education.

Then the business also shifted to Dhatghari, the border town of India. Many other Bhutanese businessmen shifted their business elsewhere. The vegetable market which used to be very jam-packed remains less than half filled today.

For the past 20 years Gelephu Town has shown no improvement. However, the dreary town has now acquired a new, positive image. Gelephu has triumphantly conquered its infamous past and resurrected in a different form.

With lighter population density and of course lesser young people, the town is free of drug abusers, sex workers, and violence. “It is safer for the women and old people to go out on a walk around or on the streets till late night,” 62-year-old retiree said proudly.

Apart from the coming up domestic airport, the new multi-million town planning is sprucing up the town in a new look making it the second National City in the country.

“Unlike other towns of our country, Gelephu is less polluted and noisy. Now people started purchasing land and constructing buildings. Gelephu shows bright hope,” a resident told me.
Posted by Riku at 9:53 AM