Bhutanese parents or senior citizens have conventionally been relying on the protection of their children and their extended families (cousins or relatives). 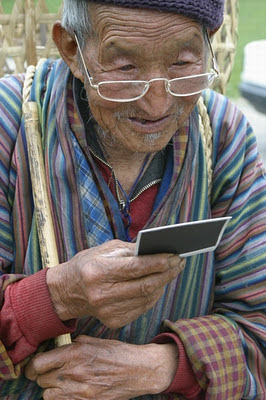 Most parents and children preserve close ties and try to support each other, both emotionally and financially. Even outside the family, other community members have traditional ways of offering support and a form of social safety net.

However, modernization, urbanization and exposure to other western countries have exposed senior citizens to new risks and hazards. Increase in education and knowledge are disrupting the relationships between parents and children. This led to family fragmentation and social hazards.

Today, most people are living stressful daily life that they ultimately ignore their parents or grandparents and have no time for the maintenance of the elders. We see the senior citizens are neglected. Some are even mistreated and robbed off their properties and wealth by their own children.

The senior citizens become desolate finding it very difficult to eke out their livelihoods. In Thimphu Street, we see scores of elder citizens begging for money to fill their stomachs and other managed to refuge in lhakhangs or charity guest houses. This also exposed old women to sexual abuses (as reported by national newspapers). There are also stories that many senior citizens died from ill-treatments from their own children.

Therefore, to prevent the growth of the senior citizens from such woeful plights in our society and to ensure them financial and social security has become increasingly important to us.

The parents and the senior citizens need new opportunities and associations for their social protection that can build a spirit of social responsibility.

Let me suggest one protection that can mandate the care of elderly citizens, i.e. enactment of Maintenance and Welfare of Parents and Senior Citizens Act.

Under this Act, the law should envision the establishment of Tribunals and Old age Homes to ensure its functioning.

The ACT should seek to make it a legal obligation for every children and heirs to provide sufficient maintenance and ensure the financial independence and dignity of senior citizens who are unable to maintain themselves.

Don't laugh at your kids' affectations

An offensive awkwardness strikes me every time I meet my 14-year old nephew. His parents and relatives marked him as “notorious boy” for his unauthentic attitude. He is good in study, though.

A month ago, he kept long hair but shaved on sides. He dressed all in black and called himself, Genji (lead actor of Crows, Japanese film) imitating the actor’s fighting style.

He also bought a pair of cool supra shoes that Justin Bieber wears in his album videos. While eating meals, he pulls the spoon upright near his mouth as a mike and sings and dances like Justin.

At times he nags his father to buy him football jersey and a football, and after wearing Christiano Ronaldo’s Real Madrid Jersey he copies Ronaldo’s dribbling.

Again last week, after watching Sleeping Beauty, a Bhutanese film, he cut his hair short but kept a long bunch of hair on his left side. Then he bought a spider man T-shirt and does break dance like Tandin Sonam, the protagonist of the film and sings so enthusiastically, Neelam nangi ashi…

My nephew is not only one who behaves this manner. Almost all youth do this and we did the same when we were young. However, many adults and parents are annoyed at their children affectations. Parents and adults fear that their children are becoming rootless and undergoing identity crisis, and hope they be futile in future.

In the past few days, I contemplated on this issue rather seriously. And I too rediscovered my own self, my youthfulness some ten years ago. Although I had different idols like Michael Jackson, David Beckham, Rinchen Namgyal; however, I used to imitate them and tried to think one of them, becoming like them.

There is no absurdness and abnormal about our youth trying on to imitate like popular stars. It is just that he or she is only trying and jumping on one face after another to find his or her own-true identity, potential, talent or desire or their suitable place.

Time will come to our youth, one day that they realized and discovered their right place where their attitude, talent and desire are rightly fit in. Until then, youth will be jumping from one face to another rather so annoyingly.
Posted by Riku at 9:25 AM No comments: