To Destiny's own Mighty Grasp!

I was the first passenger to get into a cab traveling to Paro. “Wait for sometime, kota. I need to find three more people,” the cabbie of mid 30s told me and set out hunting for more passengers. It’s early September, a day on which the temperature has fallen, fetching the first true cool air of the year in Thimphu.

I sat by the window and looked around the crowded Luntenzampa bus station wondering, rather less casually, who my fellow passengers would be. Outside, the station was a miniature world in every sense. It hummed with activities-cabbies fighting for the passengers, hawkers begging, momo and doma sellers crying out, “Momo! Momo!” or “Doma! Tiru nga!”

Here too “survival of the fittest” remained the order of the day.

The first to arrive was a lady. She wore red tego and mathra kira, heavy lipstick, strong perfume-all fighting against the universal phenomenon called “ageing”. She smiled faintly as she made a grand entrance. “Hellow,” she greeted me, foraging her blue handbag which was in stark contrast to her dress colour. “Hi,” I said, just out of courtesy, although I was in no mood for conversation.

Shortly afterwards, two young girls arrived. “Songo tshangpa! Now let’s go,” shouted the cabbie. The young girls were students on a weekend visit to their homes in Paro. Their conversation, their accents and their mannerisms-all spoke a life of luxury with loads of money to spend. Their non-stop natter of good looking boys in their schools, of their ex-boyfriends, of lopoen Karpolas and Kakurus, of test papers and Korean movies went on and on.

As the sun set we moved out of the busy Thimphu city. The cabbie put on a eye-shades, seemingly the cheap one from Jaigoan supermarket. Perhaps to impress the three lady passengers, but surely a misplaced of fashion, I mused at his lack of knowledge on fashion.

The girls slept on each other’s laps and a complete silence ensued. Outside the window, I could see the lights and concrete buildings decreased in number gradually. A few number of houses and shops perched on the hills and nearby the Wangchu produced the lights like fireflies here and there. And then, total darkness embraced us after crossing the Bzeezam immigration check post.

The cab racketed on and on through the wilderness. The country lights again on the increase, then the city lights and the Paro town. A cyclical process like life itself the philosopher in me couldn’t help thinking, with light and darkness alternating, noise and silence alternating, love and hate alternating, joy and sorrow alternating…a free roller coaster ride from birth to death!
Inside the taxi, the young girls were looking pictures of a magazine. It’s the Yeewong magazine. On the glossy cover was the first aspiring Miss Bhutan Chokye Tshomo Karchung. The daily national newspaper, Kuensel lay in my bag. I took it out and read the headline for several times-‘Drangpon dies in road accident’. I moaned for his untimely brutal death but also becoming melancholically romanticized by the nothing-is-permanent-on-earth dogma. 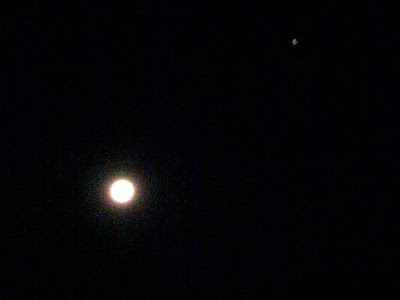 And the newspaper fluttered in the wind, begging to be released from my grasp, to fly out into the Unknown. Slowly, I let go off the paper. Out of the cab window, it flew-out into the Unknown.
I looked up at the sky from the car window. Infinite stars were up there. Do they decide the destiny of us mortals here on earth, I asked myself in wonder. The stars blinked at me, as if in reply.
Posted by Riku at 2:43 PM No comments:

Every night at their own workplace they are being teased so filthily, coaxed and physically fondled. They have been looked down by the society. In every man's lips these groups of girls just carry a false name tag of "easy sex". 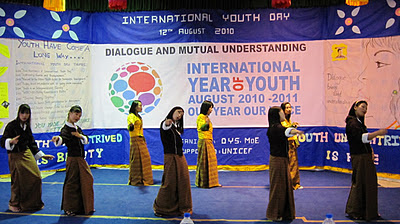 Maybe we have borrowed wrong connotations about this industry from other cultures? The drayng girls are not only to entertain their customers but also to avail themselves physically to men in their beds. This false connotation is being implanted in the mindset of our society too.

These groups of young girls of about 14 drayangs are just earning their bread to sustain their livings or support their parents or siblings. They choose this profession not by "choice" but as a"last resort" as reported by one of the national newspapers recently. Often they are being exploited by men and they have no choice but tolerate in smile, reads the paper.

May we give them a second thought and of course a comppassion? Let us forget them as a sex fulfillment or evening enticer for sex-hungry men. More humane or logical outlook should be provoked in every one of us as this industry is growing very fast and becoming popular. More and more of the young girls are being deployed in this profession and undeniably they are being exploited every night.

First of all they are one of us and one of our own sisters. Secondly and more importantly they are young people, innocent and vulnerable. Most of them are youth just below 20 years of age.

Like a youth brought up in a supportive family, they too need a space to grow, think about their future and require adequate supports in their dreams and achievements.

It is basically on this ground that Department of Youth and Sports (DYS), Ministry of Education has called upon and included the draying girls as youth from this year's International Youth Day which was celebrated last Thursday on August 12. With other 100 students from Thimphu dzongkhag, eight drayang girls have participated on the occasion which was to advocate them as a youth and need support in their challenging lives.

The DYS has pioneered to take this initiative to include the drayang girls as out-of-school youth.

Including the drayang girls as youth, DYS believes that we can fight against the societal ingrained infamous impression on them. We want to break this grimy connotation of these young girls and work out to support them in finding dignified jobs and providing counseling related to their health and other problems.

Now in collaboration with DYS, the drayang girls can come forward and raise their concerns and problems pertaining to their lives, health and jobs. Like any other school student, they can gainfully involve with various exciting activities that DYS offers very frequently for youth.﻿
Posted by Riku at 4:21 PM 2 comments: