In India, tea making is an art

It was an early May morning. Along with my two colleagues, I was at Bengali Market in New Delhi. There was a rustle on the street, as this small town was just beginning to resume its regular activities. Cleaners were brooming the streets, vendors were packaging goods and loading on their bicycles, and shopkeepers were just pulling up their shutters. 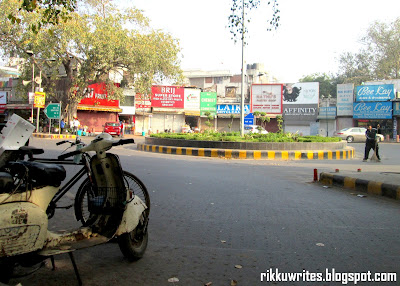 That fine morning, we were looking for chai wala, tea maker, to have a cup of tea and some good snacks. Being a Bhutanese, quite wondrously, it’s not alcohol but tea that has been very close to my heart since my childhood. Actually I got this habit from my mother. Every day, my day starts with a nice cup of tea, then I probably have a few cups during the daytime, and it ends with a cup of evening tea. And especially when I am in India, I am after chai. Indian tea is very different, special and indeed the best for me.

After making one round of the street, right behind the main lane, we spotted a tea stall. Before us, a few Indian men were sitting around drinking tea with some cookies. The tea maker is a man in his early 30s. He wore a serious expression - maybe it was early morning and he couldn't really shake off his sleep. 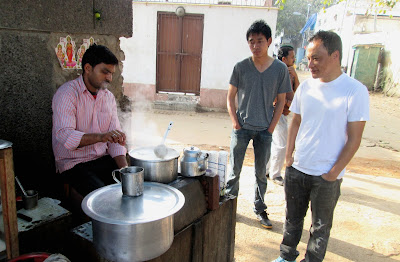 It was a very small stall made of concrete bricks but he had everything required for his business. A gas cylinder and stove, several containers of tea ingredients, pots to keep local raw milk, saucepan and paper cups. He also had some cookies.

We asked for three cups of tea. “Double cup.” It means double the size of the smallest teacup he had. Then he measured water into a saucepan, added one teaspoon of black tea leave into the water, and he waited for the water to a boil.

This was the time when we could talk to the tea maker. He told us that he was from Kolkata and he had migrated to Delhi for many years and life in the capital city has been better. Then I knew this guy would brew a good tea for us. Kolkata is the undisputed tea capital of India. I had visited it a few times in the past and you get the finest tea there on the streets.

Consignments of Assam and Darjeeling are shipped to the international market from Kolkata. I have found from some of the officials in Delhi that tea has come a long journey in India. Tea plantations started in the country in 1830’s by the British; however, in the beginning tea was used as a medicine. Only in the early 1900’s, tea-drinking culture spread in in India and now it has an integral part of their life. As we see, tea is now grown widely in India and there are over 2000 producers of high quality tea in the country. 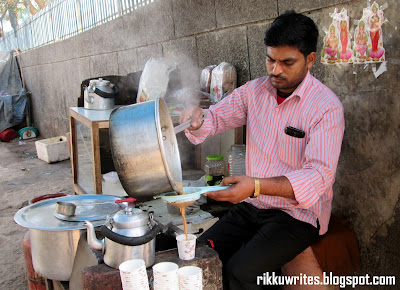 After the Bengali tea maker could bring the water to a boil, he added in a few teaspoons of sugar. He also poured in some milk from ever-greater heights and then he crushed some cinnamon and cardamom and added in the pan. He did with sharp vividness and scale. I observed him very close. He continued it to boil for sometime, stirring so it doesn't boil over. He strained it and served us in paper cups.

Good heavens, this tea was very special, sweet and milky spiced with cardamom and cinnamon. I had yearned chai for a quite long time then. As I drank it, I savored every sip.

Tea making is definitely a skill; skill one acquires through many years of practice. But observing closely - the entire process of brewing tea - is more than a skill. In fact, it is an art as it entails expression of creative skill and a little bit of magic. That's why chai is absolutely special and delicious. That's why only the Indians can make it.
Posted by Riku at 4:42 PM 2 comments: