Living an extraordinary life in a hopeless place 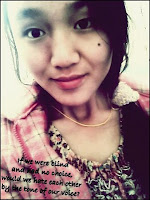 The article below is written by Wangchuk Dema, 19. She has qualified for Sherubtse College and will be joining her first semester this July. She is one of the founding members of the Go Youth Go (GyG), a community group founded by a handful of young people to bring positive social change in our society. This is one of her first experiences as a GYG member and in this article she has talked about it so gorgeously and inspiringly. Read it.

One afternoon, last month, I visited the Patient’s Guest House at JDWNRH in Thimphu. My friend, Jigme Kuenga, was also with me. The Patient’s Guest House provides refuge to 28 patients, mostly kidney failure patients. And a few are homeless senior citizens. It is one of our first social activities to meet and help patients wash their laundry after we founded the Go Youth Go (GyG). 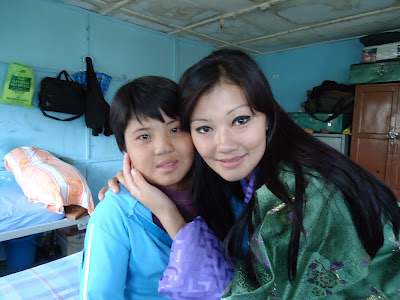 As we went around meeting each patient, I spotted a young girl curling against pillow in her bed. She has a small frail body, boyish hairdo and pretty eyes. But inside herself, she carries a deep well of sadness and uncertainty. I went closer to her. I wanted to talk to her. I wanted to know about her story and help her in all our powers that we as a group could do.
Pema Choki is her sweet name. And she is 16-year-old. Just three years younger than me. She is the third child amongst five siblings. An introvert, she has got one of the nicest laughs. But it was very painful to know that she lost both of her kidneys. She was, then, just 12.

However, it didn’t knock her down that time, for she was way too naive to understand about the dreadful fate. She was immediately referred to JDWNRH from her village, Ramjar in Trashiyangtse. Then she was, straightaway, admitted at Patient’s Guest House. She became the youngest kidney-failure patient in Bhutan. 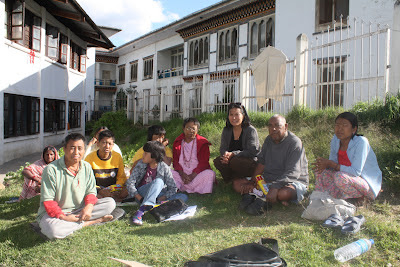 Pic: Pema with Lhamo Drukpa (Actor) and other patients

But when she couldn’t recover as she had so fervently hoped, slowly, she began to understand about her wretched condition. She comprehended that she was living a life so different, mired in hopelessness. Or perhaps more tellingly, a life less dignified-all buried in pain, uncertainty and depression. Her future, too, looks unpromising and uncertain.

It hurts way worse to discover that Pema Choki cannot attend school. She cannot travel out of Thimphu. Even she cannot eat all delicious foods and engage into merrymaking or fun activities. When she first understood that she cannot go to school, she cried, heartbroken. “I cried endless when I first discovered about my kidney failure. I thought I would die right away. I was more heartbroken and depressed when I apprehended that I cannot run, dance, go to school or have fun like my friends,” she said, her eyes glittering.

Pema Choki is still seeking for kidney donor. The good news is that once she gets a donor and after renal transplant, she can once again live a normal life. Her parents, relatives and friends are doing all in their powers searching donor for her. But it went on, year after year, by the way. There were no hopes this far out. It has been now four years. However, her parents back in village, so earnestly, pray for her. 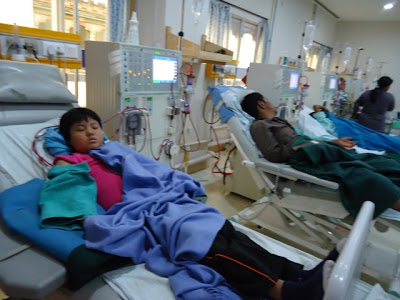 Today, Pema Choki’s life is solely depended on dialysis. In every four to five days, she is called for dialysis at JDWNRH which takes about four hours. Kidney failure patients like her survive only with the aid of dialysis machine. Pema admits dialysis treatment is “very painful” and she loathes it. She undergoes “an immense throbbing” and gets “headache and dizziness” during dialysis. But she has to depend on this treatment until she finds a donor.

When asked about her favorite leisure time, Pema Choki replied in a soft tone, “I love watching television. I watch Bhutanese and Hindi serials and films. It keeps me occupied and happy. At times, I forget about my sickness.” Every weekend, Pema’s two elder sisters visit her and help with all laundry and other chores. Along with them, she goes out for shopping in the town. They also circumambulate the Memorial Chorten. Other times, they march way up to Kuensel Phodrang and other nature parks. Occasionally, her parents all the way from village visit her. She finds pleasure so enormously in all this simple activities.

Today, Pema Seldon, her sister, a Class X student attends to her. She revealed, chuckling, Pema Choki has a good vocal. With a shilly-shally smile, Pema Choki accepted the fact of singing but refused to sing for me and my friend, Jigme.

Three wishes if ever granted, Pema Choki would first wish to find a donor and do her renal transplant and once again live a normal life. Secondly, she would pray for all those people that are ill and facing death and work tirelessly to free them from their sufferings. Lastly, she wishes never to become a burden on her parents.

And I couldn’t help making this comparison. Our pain, anxiety, failure and sickness are nothing. Indeed, we’re very selfish. We fight toward our own personal goal, gratification, focused in our priorities. We feel, all time, we never had enough. But looking at Pema Choki, we bask in bliss and plentitude. Yet we cry when our parents don’t buy us cell phone or shoes. We cry when we catch light fever or when someone ignores us. But here’s this young girl, just 16, even when fate buried her in such a wretched condition, she still prays for others’ wellbeing and wishes to live a normal life only to help those sufferings.

When asked she ever envied those children who go to school, Pema replied, “I’m just happy for those fortunate ones.” She added, “I accept the way I am today. We should be grateful for this life. Indeed, we should earn merits by contributing good deeds, so that karma can play a clean game with us in our next life even if we don’t attain enlightenment.” Pema Choki believes that in her previous life she couldn’t have done so well that concluded her fate of misery in this life.

It hit me by surprise. She is young and has neither education nor the knowledge of the Book, but in the last four years of difficult times she has fully understood the conceptual world of samsara. We’ve a good strength of physical body. But she has a good strength of mind. Pema Choki, in no doubt, is not living an ordinary life. But she is only living an extraordinary life. Because she knew her mind. And this makes her way superior to us. Wiser. Invincible. Compassionate. 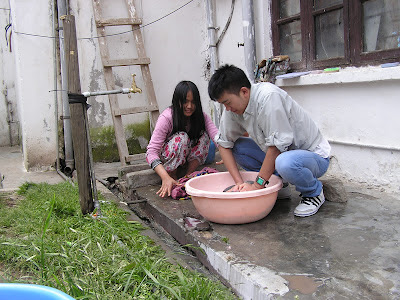 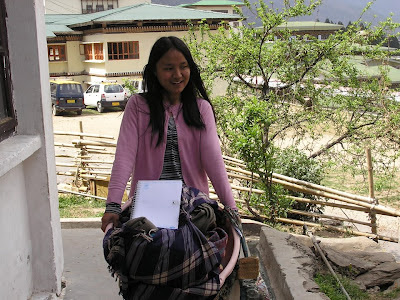 Jigme and I spent the entire day washing Pema Choki and other patients’ clothes and talking to them. Only in the evening we returned home. I left so, so grateful for Pema Choki, for her imponderable wisdoms. I left wishing with all my might that she would be granted a normal life with kidney of a benevolent person.

Like you and me, Pema Choki also deserves a second chance to live a normal life.
Posted by Riku at 6:35 PM 9 comments: