We all only have this very moment 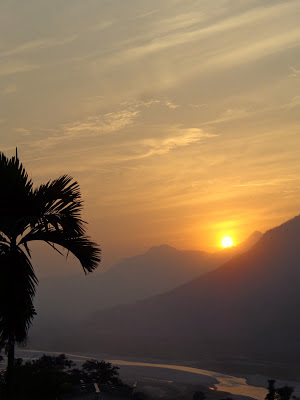 Last week, I was in Phuentsholing. One late afternoon, I set out for walk, so in particular to watch the sunset. I don’t know precisely why, but I just love watching the sun turning into so magical, gorgeous as it sets. To put it politely, I feel the grace and glory in it; in fact, bigger than that.

On the way, hundreds of Indian laborers were returning to their home after earning their daily wages. Ah, all smiles on their faces. A handful of elderly people were running and stretching out on the road; also, twirling the prayer beads.

A few miles far north from the City, I stood on a handsome milestone, alone, watching the sun and feeling amazed, mesmerized. Sitting atop the west horizon, the sun was stark golden and feverishly beautiful. So were the sky, clouds and horizon. So to say, it never failed to throw me into a snapping, picture frenzy. My heart was exalted and triumphant, feeling blessed.

However, the beautiful sun was still there, shimmering mesmerizing. But it’s I who was so eaten and preoccupied by anxiety and grief. I was panicking (unnecessarily though) that the sun would be lost after a moment. Sad, I forgot to feel and enjoy the beauty and blessing of the present moment, the beautiful sunset.

And watching this sunset, a realization seeped into my consciousness like a dose of thoughtfulness. I realized that we all only have this very moment. And this moment is our life. But often, fear, anxiety and preoccupation hampers it.

To be honest with you, I was a preoccupied and easily distractible person. I rarely engaged in just one activity. Often I was doing many things at a time, poorly though. When I went out for movies, I was never really there and I started thinking of my unpaid electricity and water bills. While holidaying, I thought of my unfinished office correspondences and returned to Thimphu in the middle of my holiday. Once I reached back here, I landed up doing nothing (except ruining my holiday).

While writing this post, many household activities (that were left undone) cropped up in my mind. I wanted to do my laundry, water flowers, do shopping, and also read a gorgeous book. And lo, I made this post a terrible one. Oh!

I was never really there in anything that I’d do. The truth is that I had missed my life. I had missed or wasted my life like the way I missed the beautiful sunset in front of me.

The sun started setting, gradually, leaving behind deep-red pink glow. I stood watching it, but this time, paying all attention to it and enjoying the richness and fullness of the moment. It felt so different, to be engaged in my life, so much better.
Posted by Riku at 4:35 PM No comments:

The wonder of snowfall

I’m talking about the second snowfall that Thimphu has experienced this year. It was last Saturday, 2 am in the morning. I heard children screaming outside – quite unusual in the locality I live. I woke up from my bed, scrolled up the curtains. And wow, the entire valley was all dressed in gorgeous crisp white. The unassumingly big size lacy snowflakes tumbling fall down so fast.

I want to go out right now and experience the wonder of snowfall, I screamed at the white world, outside. I checked my camera, its battery was full charged. I pulled on my jackets, and laced up my shoes. On the other hand, other half of my mind (supposedly lazy one) started seeking for excuses. It insisted on,

It’s too early, still dark. Hey, stupid man, better you go back to sleep. Huh…experience the snow in the morning.

Confused, I stayed like that for almost a handful of minutes - To sleep or not to sleep; To experience the snow at night or not to experience it.

Eventually, I decided to out to experience the wonder of snowfall. When I reached outside, the magical white world wowed me. The showering of snow flakes, large in size (almost the size of a plum), was so fast, so mesmerizing. The thickness of the snow is almost 30 cm.

I started running excitedly, playing with snow, like a child, he-he. And taking random pictures. I went to the town, alone, like a ghost. It looked starkly beautiful, all decked in white, so different, so beauitful. The otherwise barren trees were dressed in snow, appearing even more wonderful to look at.

It’s 6 in the morning that I returned home. The snow already stopped falling, and more and more people coming out to play snow. I was completely drenched in snow water and meanwhile started shivering in extreme cold.

By the way, due to this cold, I suffered from high fever and sore throat and was bedridden for two days. But I don’t regret, at all. Because I had witnessed and experienced the wonder of nature at its best, at its best bloom.

And here, I offer you some photographs that I took that morning. 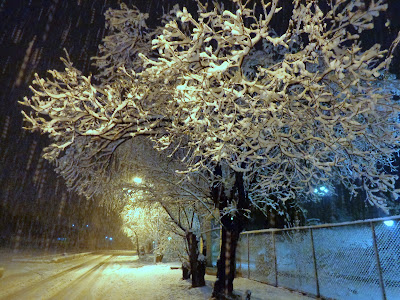 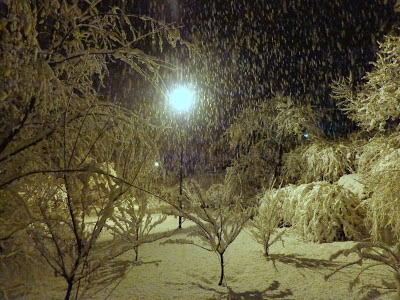 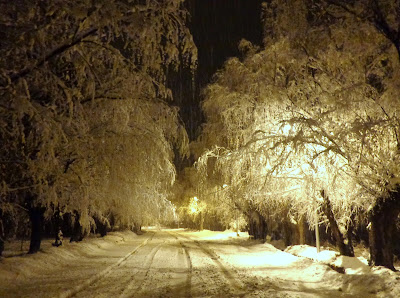 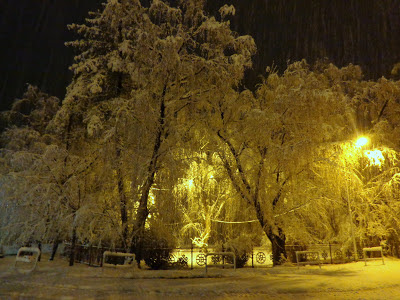 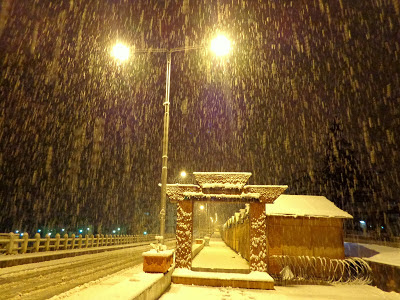 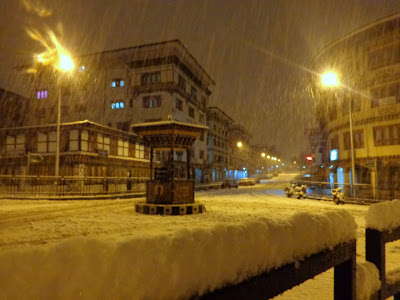 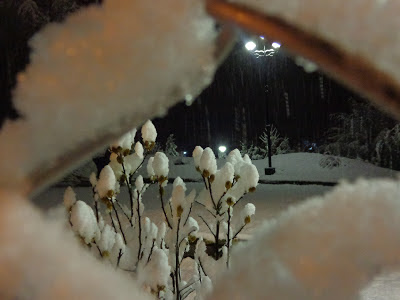 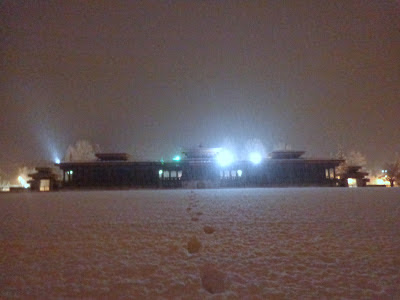 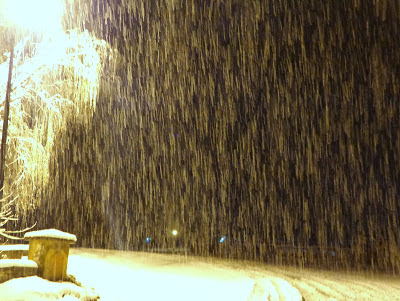 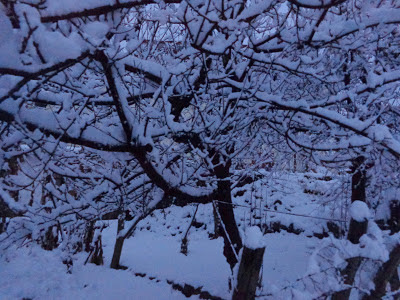 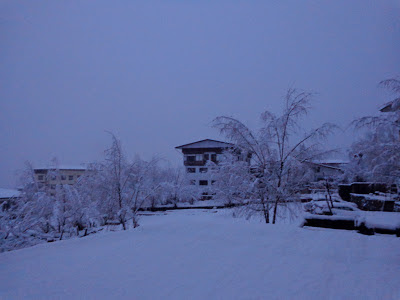 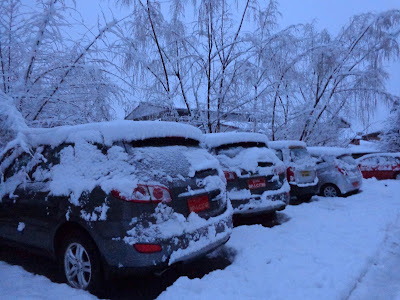 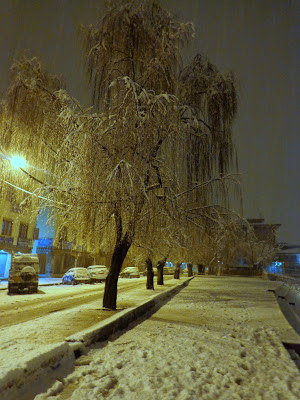 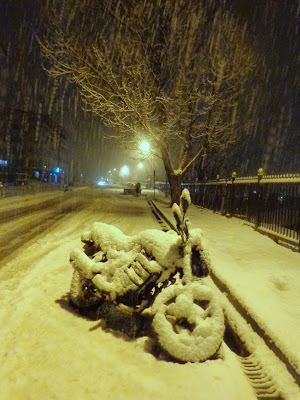 Pictures say all about Thimphu City

In the last few months I took many pictures from around Thimphu City. And these pictures say lots about the City. Have a look! 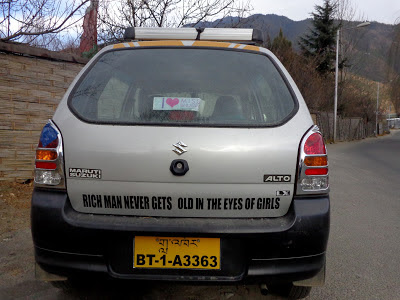 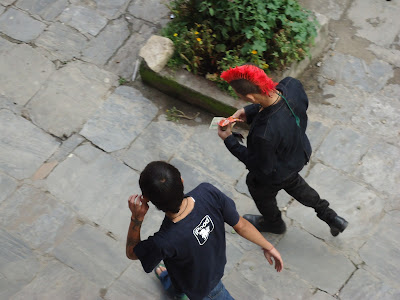 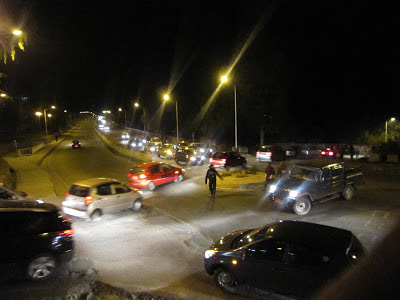 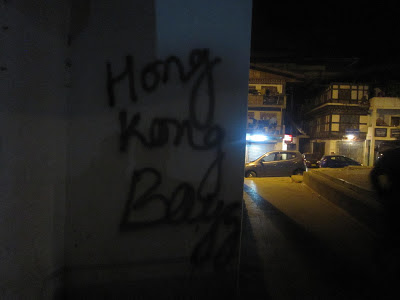 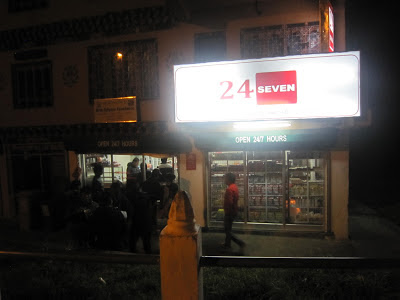 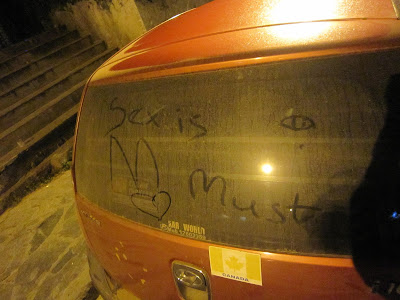 A contrast standard of modern and traditional architectures 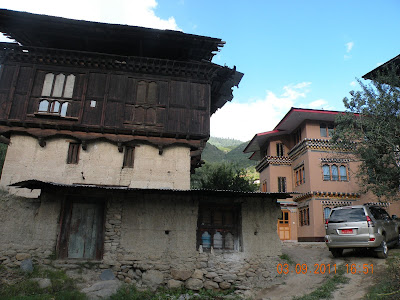 Protecting one's property...not with one lock, but many. 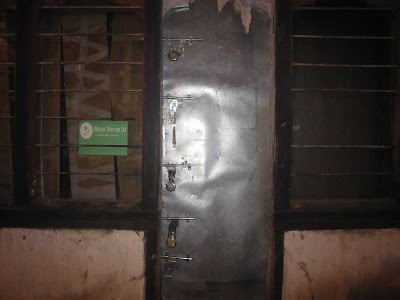 Severe cold though, but alcohol keeps him warm in the open street. 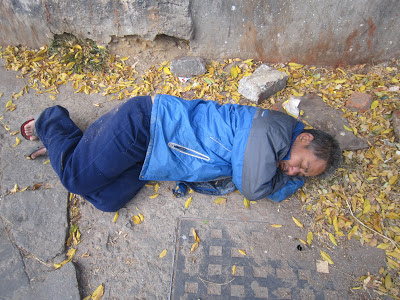 Dogs taking a nap in the morning after all-night-barking labour. 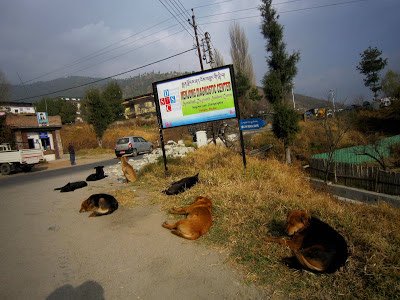 And yet Thimphu City is beautiful. 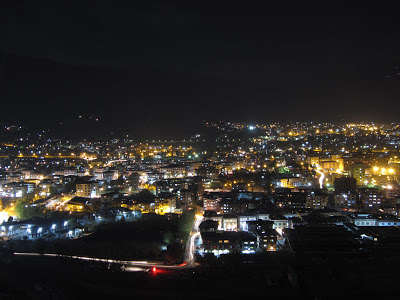 Of growing-up, accepting what simply is

It was like any other ordinary days. As usual, so to say, after the office I returned home. After taking a cup of hot coffee, I engaged in one of my own assignments – to write diary. This is the time when my phone rang.

I answered the phone call, inattentively. The caller is a woman, and presumably educated one. And she sounds familiar to me, remotely though.

Scratching my head, I told her that I can’t. “This is crazy, um, I can’t la,” I went blank. But she persisted that I know her, and I was insisted on again and again to guess who she is.

“Give me some clues?” I demanded, with an ounce of irritation.

She explained, “We studied together in a same school in 1995.”

I named one girl. She isn’t the one, huh. I called out another name. Oh my god, she is the one. So true, we studied together. It was almost 18 years back from now. 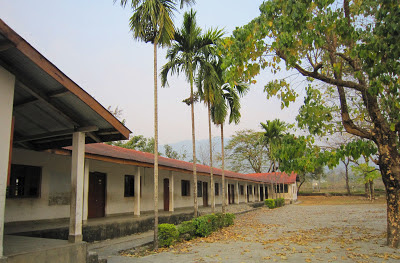 I was studying in Class III at Norbuling Primary School in Gelephu. And those days I was an unkempt and unruly tiny boy. I only knew playing marbles and run-rounding my village and school, causing constant troubles to girls. No kidding la.

But this girl was uncommonly a bright student. Dark haired, dimpled face and fair skin, she – I still remember – was starkly beautiful and adorable. She, of course, was the beauty queen of our school.

“Can I ask you one thing?” she said in a low voice, as if what she has to say is top-secret information. I assured her, “Sure, you can ask la.”

“Do you remember the time that you wrote a love letter to me?” she asked me as she gave out a little laugh. Eh…? This gave me real goose-chill-bumps. I was surprised, flabbergasted, and more tellingly ashamed – all at once.

“Umm…uh, yes, when? I, uh, remember it now. Ah, I do remember,” I agreed laughing back at her, nervously.

I admitted to her that I used to ‘admire’ her. “That’s why I couldn’t help myself from writing a love letter to you,” I clarified to her.

We kept on talking about this tiny moment away. To put it politely, I was nodding my head as I talked to her. For, I also remembered everything. And it seemed to go all the way back to those delicious days. 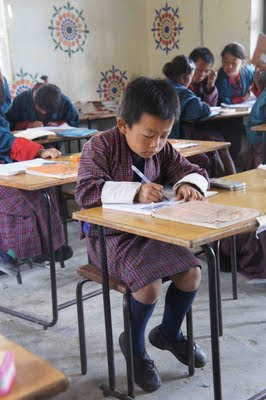 I don’t know precisely whether it’s love at first sight or love at all. Does love happens at this age? Maybe infatuation. I don’t know. But allow me to be honest with you. I’d go weak in my knees when I see her and always try to steal her glimpse.

My friends would kid at me, “You’ll never get her in your life. Imagine where you’re and where she is. There’s a difference of sha dha nam.” But I remained resolute, and in one fine evening I wrote a love letter to her. In fact, it was my first love letter to a girl. And I still remember what I wrote. It goes like this,

My Sweetheart,
In the garden of flowers, there are hundreds of beautiful flowers. But for me, you’re the most beautiful. From the first day I saw you I started adoring you and always wanted to pluck you to make you mine for ever. I love you so desperately. Will you be my love?

Yours would be,
Riku Dhan Subba,
Class III ‘C’.

By the way, my big brother helped me writing this letter, he-he. The next morning I earnestly prayed, “God, this is my life’s first time. Please…please…help me making her mine!” And through one of her friends, I sent the letter.

I anxiously waited for the reply the next day. It didn’t come. Even weeks passed and month too. Alas, no reply. Then, I knew I was ‘rejected’. My friends started teasing me, embarrassingly, calling out at me ‘poenlop’ (a term used for a boy rejected by girl).

I just felt overall rejected and insulted. From then, I was always hiding or running away from her, and avoiding humiliating remarks from my friends.

After that incident, it had been 18 years we haven’t met until she called me that evening. But as we talked, every word we exchanged is direct, punctuated with honesty. And what surprised me was her memory - she too remembers all this.

So to say, she taught me an important aspect of life. It wasn’t that she called me; it wasn’t that she reminded me about the past, it was something else. It’s a growing-up in courage, truth-telling, becoming mature and radiantly accepting what simply is.

Second photo: unknown source
Posted by Riku at 11:20 AM 6 comments: