Writing to remember, to be remembered 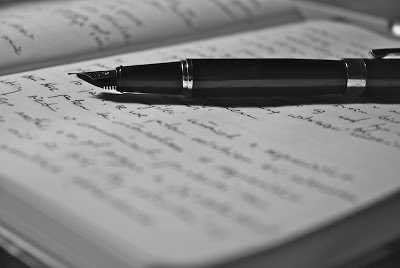 I want to remember. Yes, this particular incident that had happened way back in 1993. It was all inspired by my little sister, Chunku. I was, then, 10. Chunku was just three. And I’m writing this post to remember this beautiful moment. To relive. To cherish. To become inspired, happy.

We were, then, taking a refuge in a remote place called Tingtibi in Zhemgang. For the five difficult years. 1990 to 1994. By the way, the upsurge of anti-national problems in 1990 had demolished our homes in Gelephu. And more precisely, we were under constant attacks.

All due to good fortune, my father had got a caretaker’s job at an orange orchard in Tingtibi. There, we had built a small hut and called it our new home. However, life was not easy. My father’s income was not enough to feed the entire family, 25 of us. Poverty ensnared us. We had to survive on wild foods, animals and fishing in the rivers.

We were 11 siblings. Plus two mothers. And my father. Three of my siblings had to drop out from their schools due to the political turmoil and poverty. However, my parents still enrolled me in a primary school in Tingtibi.

I started going to school at the age of 10 only. From 1993. And the incident that I want to remember happened in that year’s summer.

It was one morning. I was readying myself for the school. Chunku, my little sister, marched towards me and gave me Nu 2. She had bright eyes, long hair, graceful limbs and fair skin.

And she made a gentle request, “Acho, please buy me balloons with this money.”

She would get three balloons for Nu 1. Altogether, two ngultrums could fetch her six balloons. I agreed to buy her balloons.

I pushed inside the pouch of my gho a geometric box, aluminum plate and mug. And I started running towards my school. But I had a friend to accompany all time. He was Tommy, my pet dog, red and huge.

My school was about three hours walking from my house. Everyday, Tommy and I had to run into deep woods, cliffs and a few river streams. Also, we had to climb over a mountain, cross a highway road and enter a small town. And then we would reach the school.

My classroom was a bago, without any proper school structure. Its walls were raw woods. The tables and writing tables were long wooden planks. And an old blackboard kept in front of the classroom. You could hear and see all that was happening outside.

Even Tommy would take advantage of my classroom. Always, he would sneak into the classroom, crawl next to me and spend all day with me.

Tingtibi Town was right between my school and the house. It had a handful of shops (grocery, post office, wireless centre, canteen, and garment store). That’s all. We called it a town. For it’s a town. For us, at least.

After the school hours, that day, Tommy and I went around the town looking for balloons for Chunku. But ultimately, it’s the handgun that we bought, black one. Not balloons. Very cruel of me, though.

As we returned home that afternoon, my sister was anxiously waiting for us. More apparently, for her balloons. I took her in our house’s corner. As I placed the handgun in her tender hands, I tried convincing her playing with the handgun. I taught her how to operate and play with it - how to pull and release the trigger. And how I explained her it was more fun than playing with balloons.

But each blast from the gun only brought a fright and panic in her. She held the pistol, apathetically, and watched it for a while. She, meanwhile, was starting to look bored. Then, she asked for her balloons.

Eventually I confessed, “I used your money buying this gun.” Her eyes glazed over, away from the gun, away from me. One big tear spilled from her right eye, rolled down her cheek. She heaved for a while; then, oh, she cried loud, heartbreakingly.

This gave me a strange and sad feeling. Guilt and regrets engulfed me. I spread my arms around her shoulders, held her close, and assured her, “I will get your balloons tomorrow. I promise!”

The next day, after the school, I went back to the shop and requested the shopkeeper that I wanted to return the pistol and take balloons. And I took balloons not worth of 2, but 5 ngultrums.

I got a dozen of colourful balloons. I diligently folded those balloons in my geometric box and ran for home, all joyful. And Tommy came running after me, wagging his tail.

My sister was already at the gate, all excitedly waiting for me to bring her balloons. As soon as she saw me, she darted towards me, all in smiles. Because this time she knew I had brought her balloons. She opened her hands and asked, “My balloons!”

I made her wait until I changed my clothes. Then, I opened the geometric box and showed her balloons - all in different bright colours. On her face was the brightest smile I had ever seen. I can’t bring myself to put it right into words. It’s a beautiful glittering smile, grateful, and proud.

Before long, we strolled way down in the open ground on a valley. It’s a quiet valley and the pleasant breeze caressed the green grass as it blew over the valley. All attractive dragon flies were flitting around us. And the sun, sitting from the mountaintop, was shining with almost unwavering clarity.

It was in this magical valley that we played with our balloons. We pumped air into balloons and let them float in the air. And I could see my little sister, crying in joy - giggling and laughing. She looked like an absolute angel, with a kind of pure, sweet and transparent beauty.

When the balloons twirled down, slowly, we again punched them up. This time they soared - high, higher joining flying birds and white clouds. As we played, as the balloons disappeared in the blue sky, we discovered the place around us a different one. We had become happier. 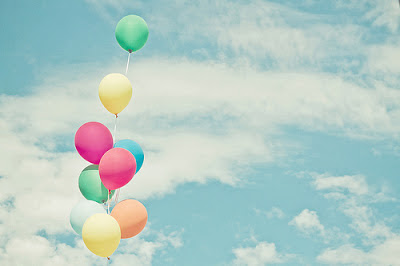