The strength of young men

I came to office, this afternoon, to complete my pending work. Once I started working in the office, I felt how cold Thimphu has been of late. No clothes and room heaters were keeping us warm. It’s bone chilling and exhausting.

The entire Thimphu valley has been engulfed in dark clouds, and the cold it fetched to us was very harsh and uncomfortable, the kind that you really don’t like. And this cold gets into your bones, straightaway, and makes your whole body ache severely.

And here, in my office, instead of working, I stood up praying the rain or snow to fall outright and wash away all this clouds and cold. This is the time when I started hearing, opposite my office, children screaming and shouting, “Punakha gi Nya-goe! Nya-goe! Nya-goe!” 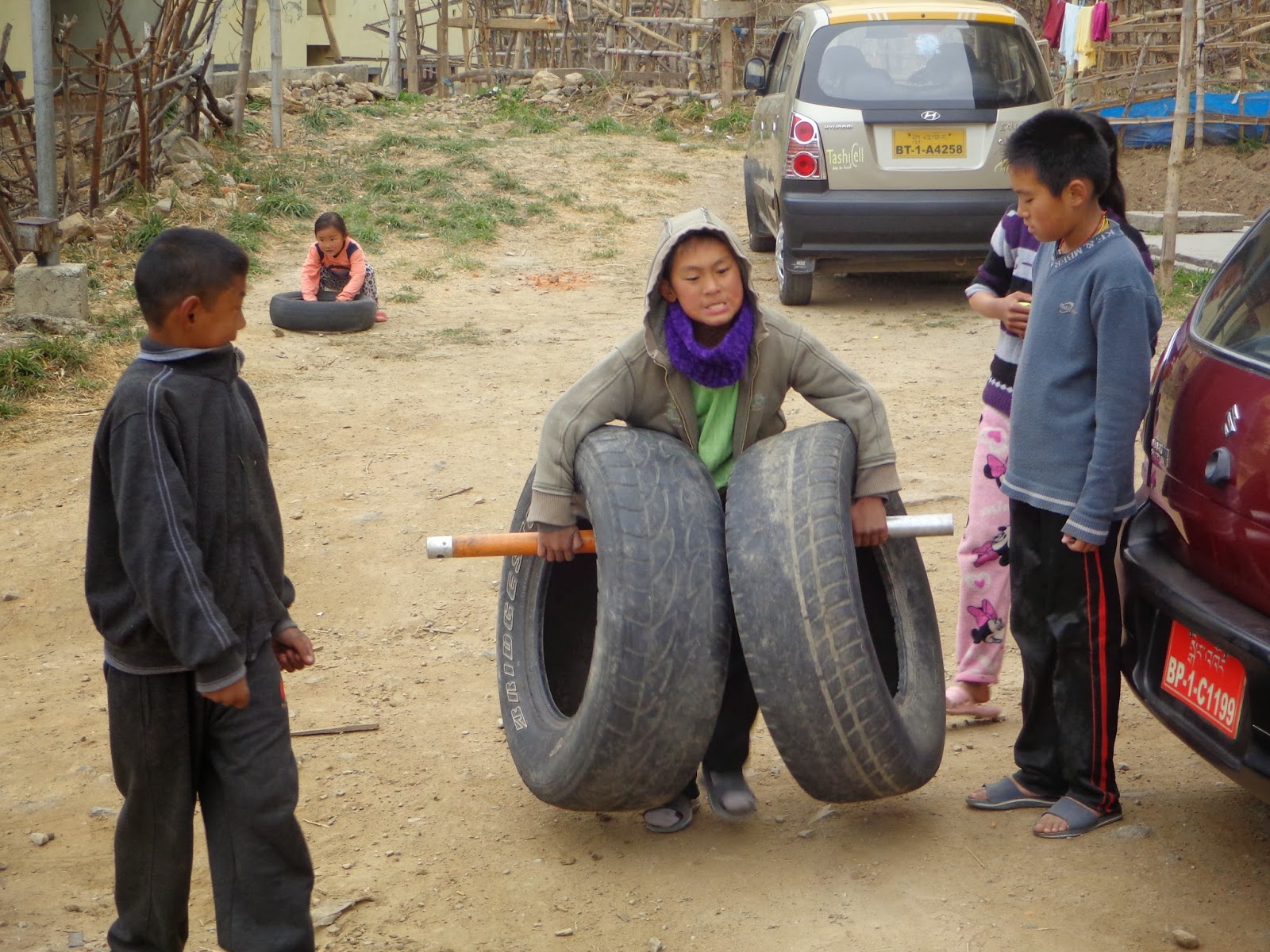 I craned out my head from the window, and watched what was happening outside. Out in the ground, a group of 15 children was cheering up for their friend who was pulling a pair of motor tyres. Yes, this is exact replication of Nya-goe Dendhur, the competition for the strongest man that BBSC organizes. 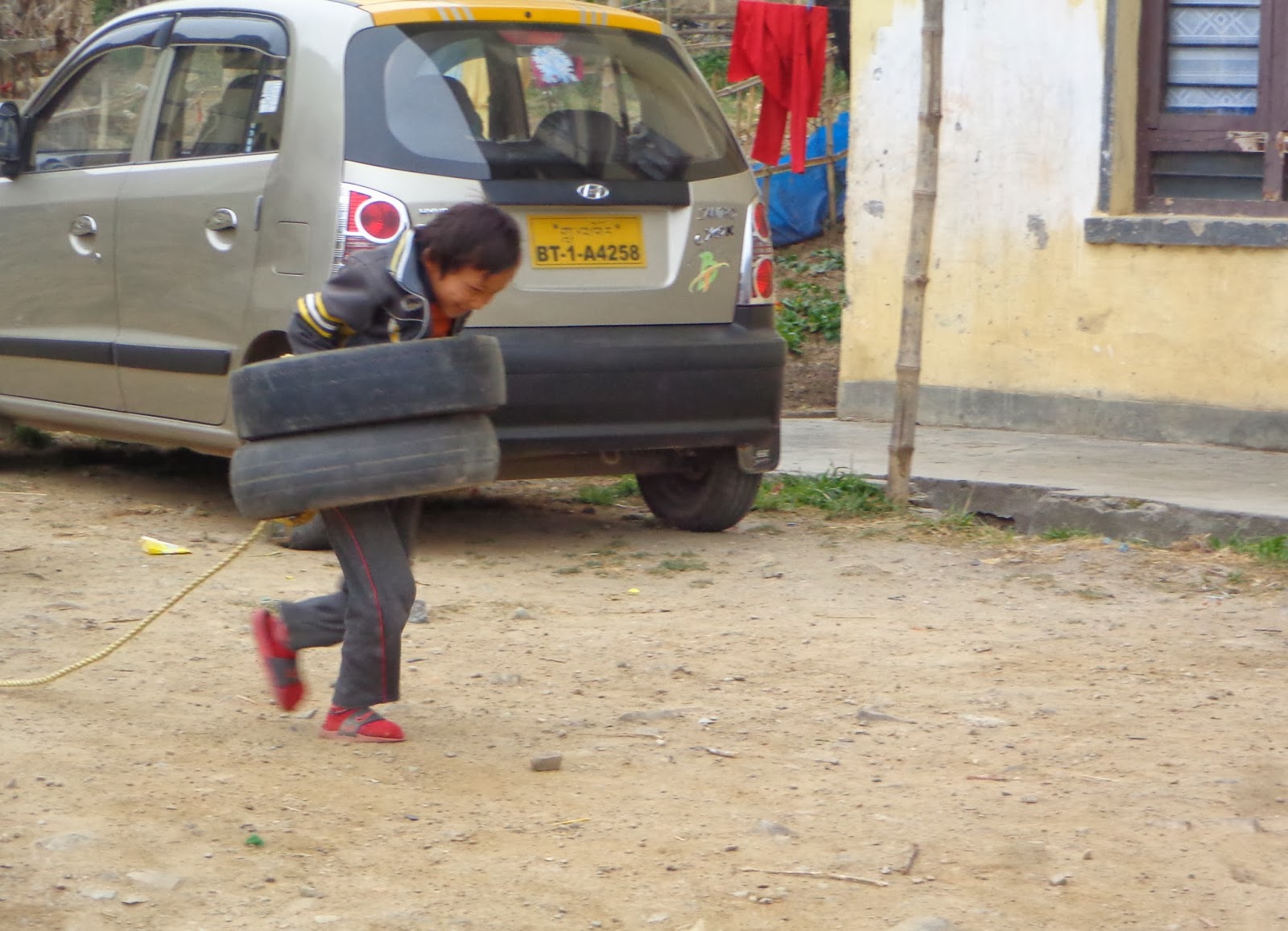 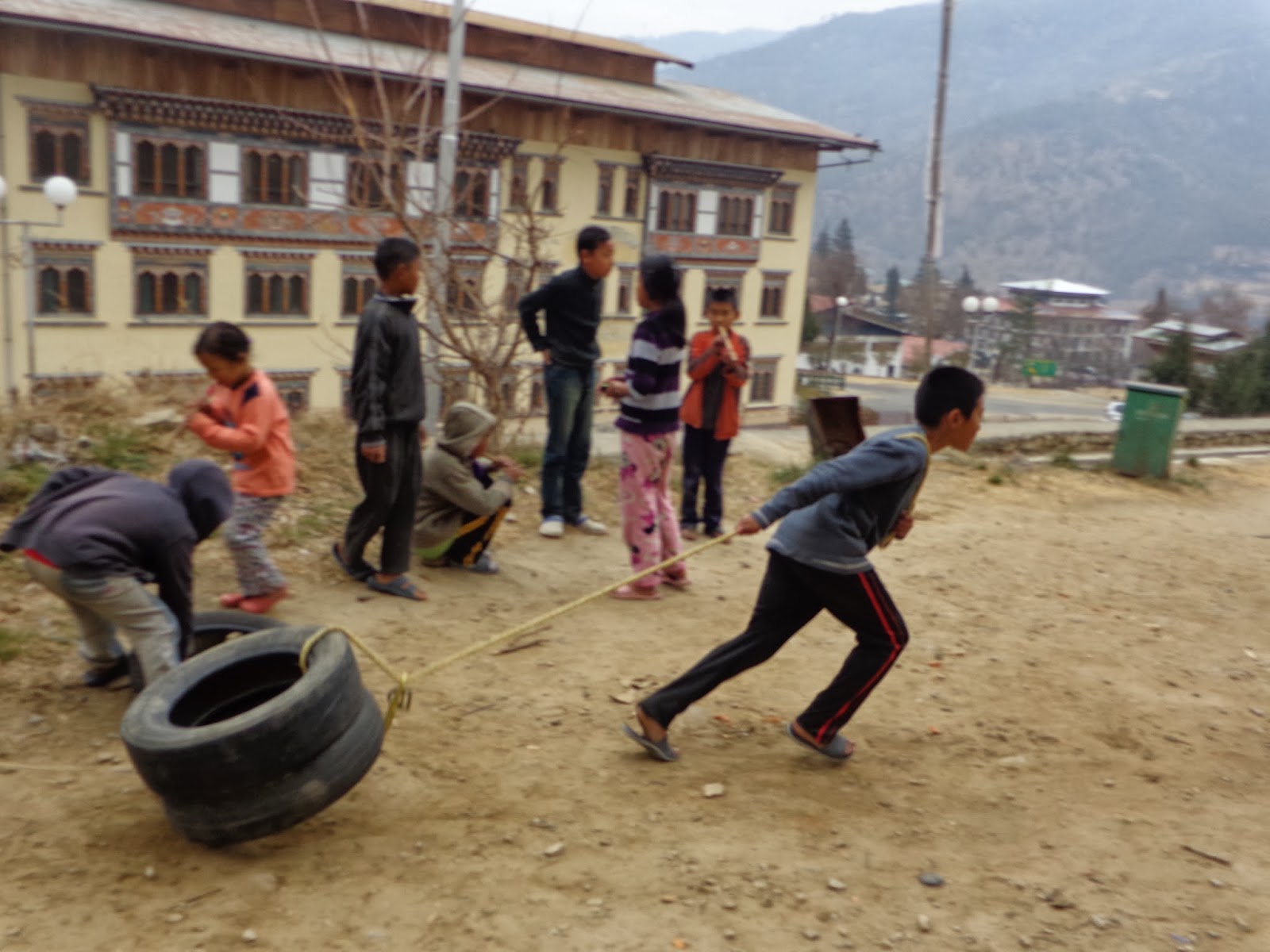 I was even more amazed to see that all the contenders were taking the competition very seriously. They fought with great passion, that for a moment, I wondered they can even beat me like the way they beat the cold weather. 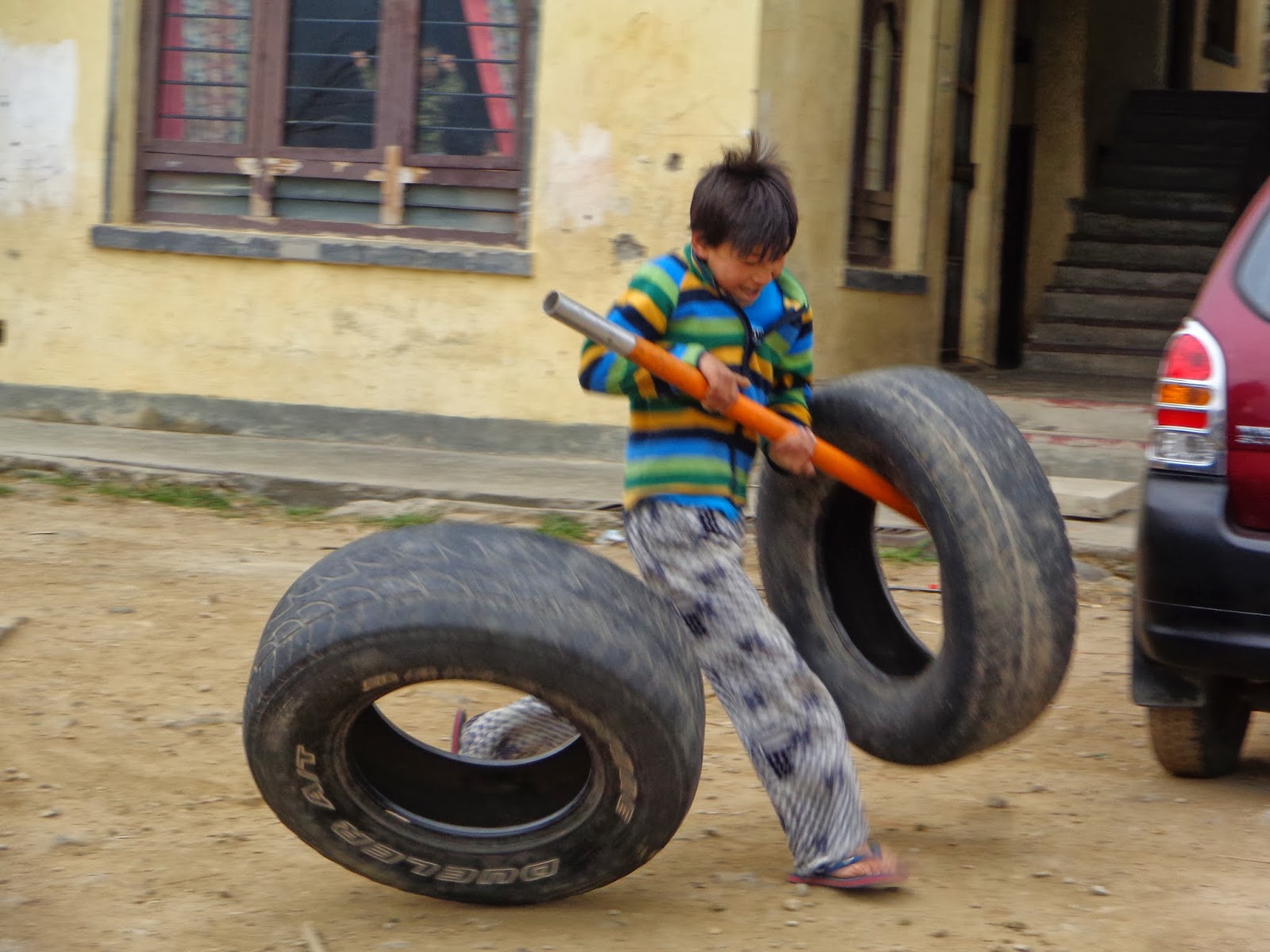 So I announced them I’m going to provide prize for the winner, Nya-goe. After that, they took the competition way more seriously. It’s wonderful to see them fighting for the competition, created by themselves, and delighting in it. They cheered up for each other; meanwhile, they have gathered a huge crowd of spectators.
Finally, we saw the winner of the competition, Druk Gi Nya-goe. He completed his final task in 33 seconds. As promised, I gave the winner a small prize. I urged them to keep practising the Nya-goe Dendhur. We never know, one day in the future, after 15 to 20 years, these kids would be representing their respective dzongkhags in the real Nya-goe Dendhur. 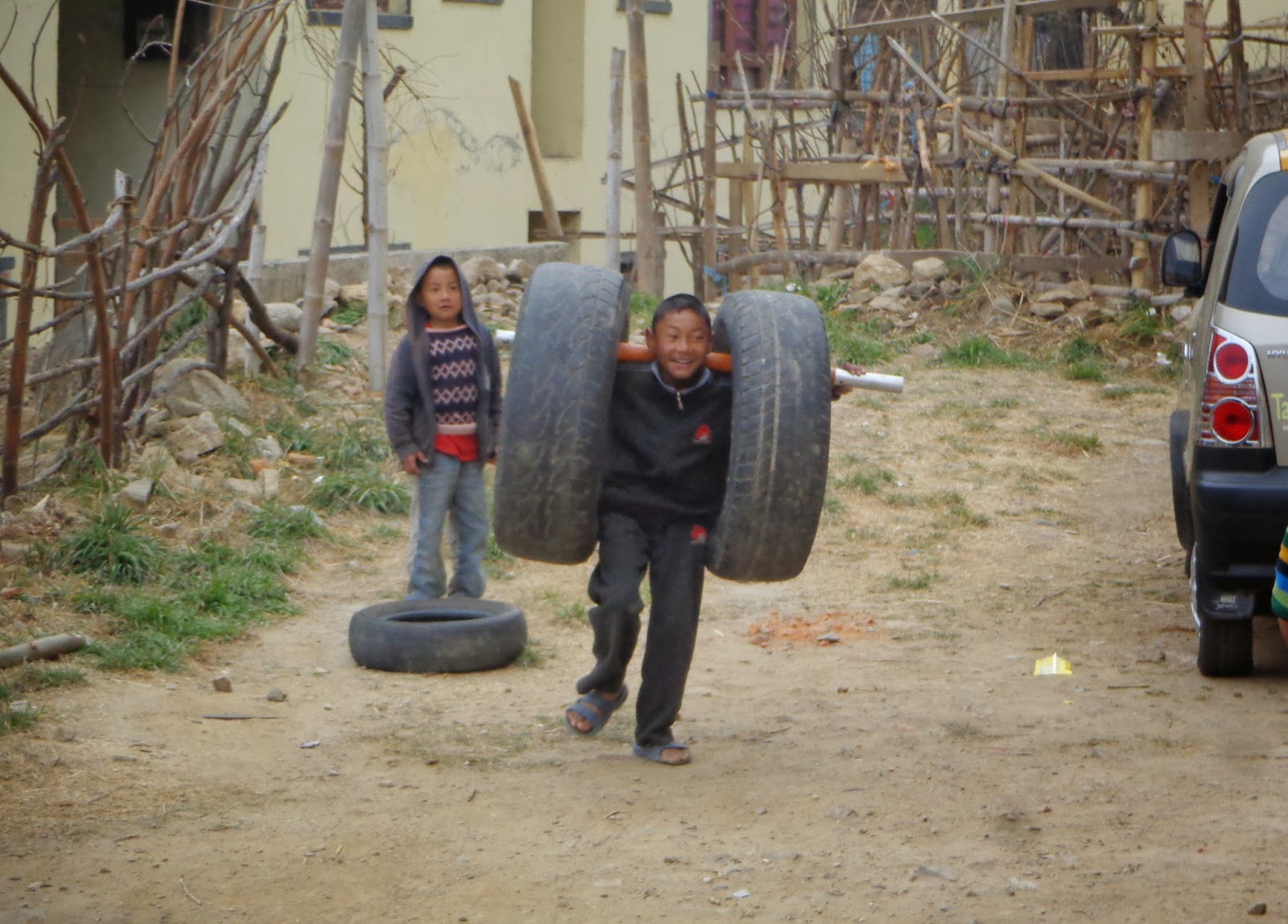 As I returned office to continue my work, the sky slowly cleared the dark clouds. After almost a week, I saw a glimpse of the sun, oh god, I feel good.