Yesterday night, I was chatting with a Nepali friend on Facebook. This was our first contact after his country was hit by the deadly earthquake on April 25 which killed over 6,600 people. However, I was quite happy to find him and other friends safe in Nepal.

“I could just manage everything again after the disaster,” he answered me. Meanwhile, he went on sharing the news of the disaster in his country: about 10 millions people affected; 60 thousands houses collapsed. All the affected people were homeless and they were facing shortage of foods, water and shelter.

I expressed my concern for him and all the affected people of our neighboring country (over 28 millions population) and told him that Bhutan too experienced the quake on April 25.

“Just now! So scary all time,” he replied, apparently panicked.

Concerned, I told him to stay alert and safe. He informed me that Nepal has experienced almost 700 hits of tremors in the last six days and the people were living outside in the open. 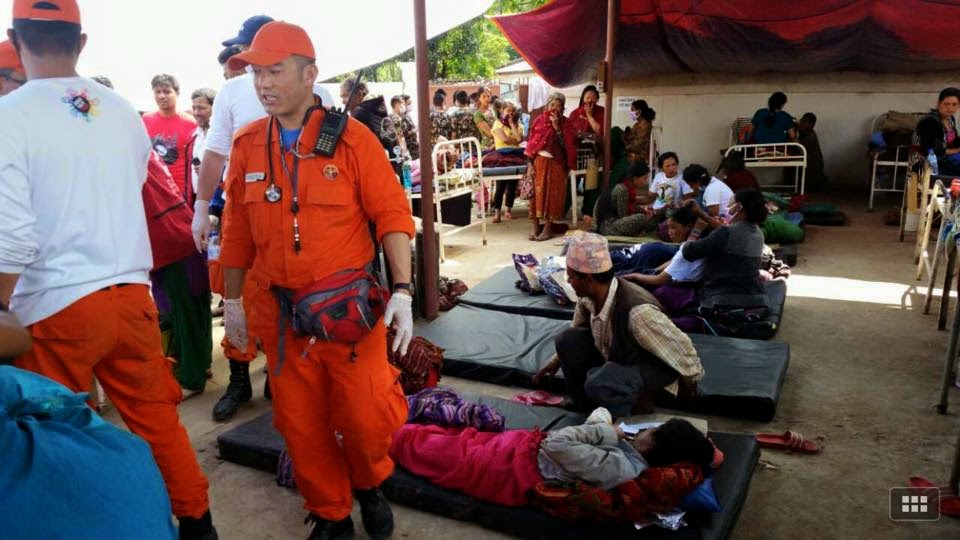 The Nepali friend told me that he saw the Bhutanese relief team (in orange uniform) in Nepal. “They are doing great,” he said adding, “We are very grateful.”

“Thank you Bhutan,” he expressed his gratitude.

I was immensely touched by his words. I felt proud too.

Besides I am so happy to know that Bhutan is the first country to personally handover the financial assistance to the Nepalese government. More importantly, our Prime Minister himself led the relief team to Nepal.

I salute all the Drukpas in orange uniform in Nepal!