My brother and his wife, with whom I put up, leave for their office early. Their only pampered and notorious son also goes to his school very early to copy home works from his friends. My friends, who used to be around me, started busying themselves with their newer responsibilities. 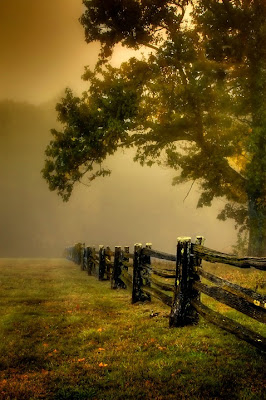 Alone and orphaned at home, it seemed I was living in a breathless boredom and I felt a great emptiness within me, which then fills with sullen madness. I was sorely in need of human company, comfort and sometimes my heart sank so fast with rage, despair and weariness.

It was in the last spring. As the sun was beginning to set, I thought of going on a quick stroll above Babesa valley which seemed a perfect proposition to escape myself from this unpleasant loneliness and boredom.

I thought of hiring a cab but I reasoned myself, “When my feet were still strong why I need a cab?” Immediately I moved out of my depression-breeding-space from Changzamtog. The sky was cloudless and warm.

As soon as I appeared on the road to Babesa, a massive jumbo truck horned with such a thunderstruck emitting a cloud of stinking smoke. Yuck, it nearly broke my ear dumb and affected my vision for some time.

After half an hour I reached Changjiji where I met with a hurricane of dust blew by the wind. It powdered my body with sticky dust and my nose started burning. The pedestrian’s footpath was parked on and blocked by vehicles. The dusty highway was further disgusted by the high-speeding and honking vehicles. The footpath was also polluted with human waste overflowing from the monstrous buildings. These are beastly creation of man, I moaned.

Half a mile away, the Olakha automobile workshop complex perched at the edge of Simtokha valley. The scenes were so absurdum and demoralizing with young boys as young as eight years working as a mechanic helper. I took a rest on a milestone near the complex, when a young couple arrived. The couple was rather a gloomy pair who looked as though they carried the whole burden of the world on their heads. In a lighter frame of mind, I had presumed they were married in haste, now repenting in leisure. 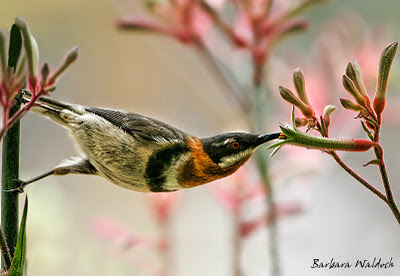 I felt sick of giddiness and runny nose when I reached the IMTRAT canteen in Babesa. But without wasting a minute I vigorously climbed uphill from Babesa. After a dozen of minutes walk of nose touching hill, I reached a deep forest marked by a farm fence. The sun majestically stood atop the mountain in the west and bidding goodbye to the vale.

Oh jeez! The vale was very beautiful and green and lush with new leaves and flowers that contained so much to admire. The aroma of spring was amazingly strong.

I sat on a huge rock, my eyes feasted upon beautiful green trees and bushes. It was a wondrous spectacle to sit, view and cherish the green after long time. In a minute I vanished into the interior of the woods.

The woods sheltered birds, bees, insects, butterflies of any kind. There was not the least foreign matter-no vehicles, no buildings, no dust, no waste and no noise. There was no human, no vanity, no anxiety, no rich and poor, no hatred, no corruption, no slavery, no fraud and no crime. Nothing at all! Trees sprouting flowers and leaves and bushes growing green upon which cows fed so graciously. Flock of birds squeaking, chirping, twittering and swirling around. 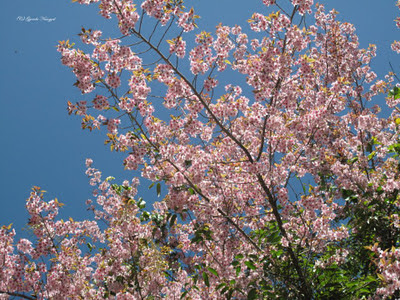 In a fury of excitement I couldn’t stay still and ah, I started jumping and running up and down. So, in the spring, I bathe, allowing fresh fragrance to suffuse every particle of worldly dust that had stained me. It watered my deserted heart, soul and body. Oh God, my fear, frustration and suffering were forgotten. My pains and aches dissolved so automatically. It was a bathe in pure, clean, dust free nature.
Posted by Riku at 4:26 PM