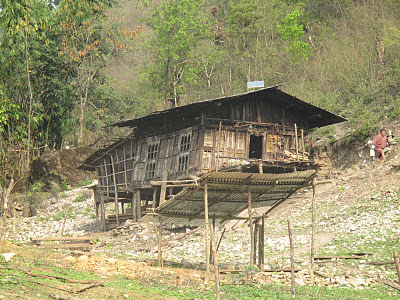 It was 2008. I was, then, a Bhutan Observer (local newspaper) correspondent from Gelephu. I’ve usually reported stories on politics, business, crimes, and of course on Maokhola.

One social gathering, I met a local leader from Senge, one of the gewogs in Sarpang. He wanted me to visit his village to write story. He informed me (rather frustratingly) that Senge, barely 10 km away from the Sarpang Town had been completely ignored by the government. It had no electricity, telephone, mobile network, RNR centre, BHU, lhakhang or school. Every year at least 75 percent of the crops were damaged by wild animals. And the government hadn’t done anything other than assessing the damage, by the way.

A little over a month later-early summer-my source from Sarpang Town informed me that a herd of 33 elephants was routinely destroying crops and houses at Senge. I thought, instantaneously, this was the perfect time for me to visit the place.

The village was six-hour walk from the Sarpang Town. A lonely feeder road was its only connection with the outside world. After crossing three big rivers and a couple of dense forests (where travellers were known to encounter wild elephants and robbers), I reached Senge, a scattered village of 230 households. The village was a world apart, and it had been neglected without any basic infrastructures. Thousands of people had migrated to other parts of the country. 141 young people of ages 7-12 couldn’t go to school at all.

Only three shops dispersed about the village. Rice and maize fields stretched for acres and acres on all sides. The village was also in plentiful of areca nut and orange orchards, banana plants which were their main sources of livelihood. The village was beautiful. And undeniably fertile.

I met the gewog leader. As I explained about the purpose of my visit, he immediately went into a panic of babbling. My arrival had caused him more worries, perhaps, more than the arrival of wild elephants.

After a while, he asserted, “Dasho Dzongda ordered us, in the last meeting, not to talk to media.” I only scratched my head and breathed out, “Huh?”

What made it worse was that all the gewog leaders and villagers were sworn to secrecy (never to speak to media). However, this only left me infuriated. The government was doing nothing for the village. The villagers were denied of basic infrastructures, not paid any compensation for the damaged crops, not provided any protection against wild animals. And again they were also deprived of their freedom of expression and freedom of press.

As the last meal of the day cooking, the villagers started preparing their daily battle with firecrackers to chase away the wild elephants. From a distant hut, a scream rapped the village, “Meme norbu opha! Meme norbu opha!” I felt that I had entered the realm of wild and uncertainty. The villagers spent entire night shouting, crying, running.

Next morning, my heart wounded when I saw the entire rice and maize fields rampaged by a herd of 33 elephants that night. A woman was crying so agonizingly and whining about all the losses, “Now, we’ve nothing left to eat. My house razed down.” I was moved to tears by her catastrophic situation.

Inside all the villagers, I saw a deep well of loss and sadness and hopelessness and uncertainty. These people lived unconnected in a perpetual misery. I knew only external interventions/aids could rescue them because their situation had become intolerable, out of their power.

There, I thought, it didn’t feel right to go back not reporting their plights. Then I visited each household (without help from gewog leaders) and assessed all the damages. About 43 acres of maize, 30 acres of rice, 7 houses and more than 160 areca nut plants were destroyed by the beasts. I reported.

Today, it has been exactly three years since I reported this story. Last week, quite surprisingly, I met the gewog leader in Thimphu.

He told me, very excitedly, “After you reported on our village, the government brought all the developments and facilities in our village. Now we’ve a primary school, BHU, RNR centre, non-formal education set-up, RBA unit, forest department and mobile networks. Destruction of crops by wild animals is solved after the arriving of electricity and electric fence. Our village is very bright, today, prospering.”