What we don't have 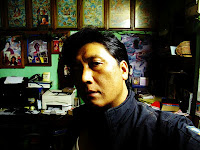 Facebooking is not always “waste of time” or misleading. I will show you how. About a month ago, I was chatting with my friend, Gyembo Koottaadogck Namgyal in Pemagatshel and I came to know some significant aspects of life, the real paradox of GNH society and about happiness.

“Can we afford to ignore these people? Don't they live in a GNH country as well? We boast of having one of the highest GDP per capita in the region and have people living on six digit pay checks while people in the far flung corners live in...conditions like in the picture. As the citizen of the country, both of those who live on the extreme ends have equal rights to the country's wealth but where is the equity and where is the effort to bridge this disparity? I would only say we are seriously pursuing happiness only when we see some of the collective wealth of the nation trickle down to the most needy ones.” 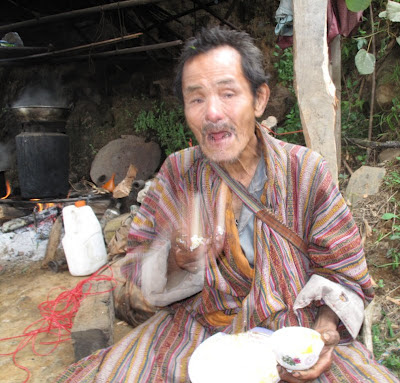 We had this chat during the time when our Lyonchen was proclaiming about GNH in New York. I felt, during that time, that our country should think of making such folks happy than having scholarly discourses around the world. The GNH needs not to be asserted or proclaimed across the outside world, it should be practised in Bhutan, realistically and let the world hear, come and see how we do it here.
Again Gyembo asserted:
“An undeniable reminder of what path awaits us all down the line, rich and poor, powerful and meek, beautiful and ugly and, sophisticated and rustic. All must tread that same path.” 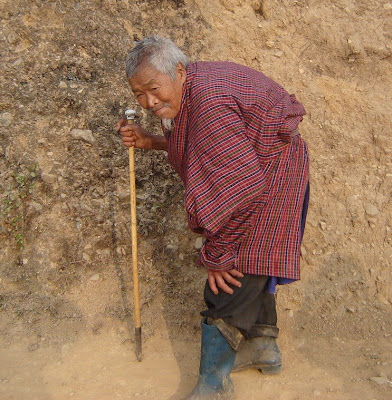 He added:
“Even with all the wealth in the world what do we really achieve-nothing, except that by the time we reach that stage, it is time to bid adieu to everything. And that is the ultimate real truth.”
He was, generally, emphasizing that people always look forward to making their dreams come true. And they struggle (with so much of dedication and desire) for accumulation of wealth, property, sex, fame, money and success. Amidst all this, they forget about the truth of life. At the end, we achieve nothing but this old age. Inevitable though. This is what we achieve after so much of struggles in life-the old worn out bended body. 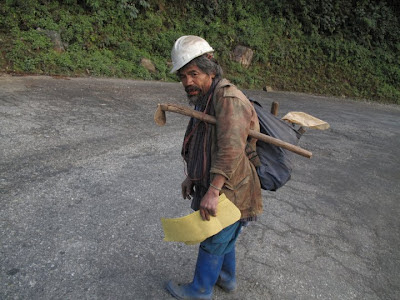 And Gyembo composed an insightful lyrics for this man he saw on a highway. Read below:
On this lonesome highway...
For umpteenth time, I did travel,
A special man I did see always,
Clearing drain and sweeping tarmac,
So that you and I can drive free of dust!!!
Salute to you, special man!!!!!!!!!!!!!!! 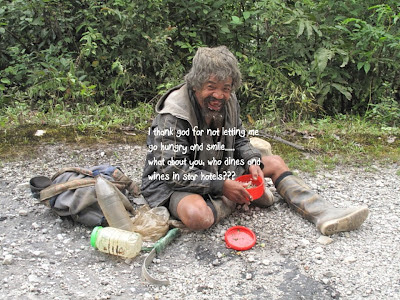 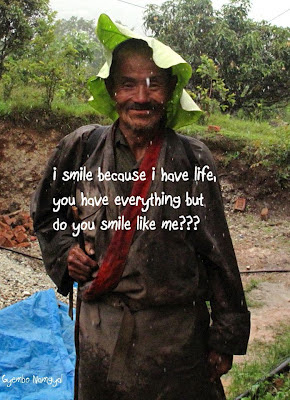 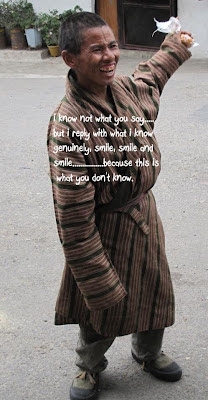