Me and my Afro

The post below is written by Karma Palden, a freelance writer and it was published in the K2. I knew Karma since college. I have been very much amused with his hair since then. And this article has all explanations. Read it below: 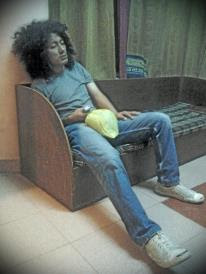 It was a winter.  I was travelling to Phuentsholing in a bus.  While stopping over at Gedu for a break, an elderly man, who was hard of hearing, asked me with such sincerity in his tone if I could tell him where I bought my wig.

This wasn’t my first encounter of this kind.  People usually presume it’s a wig I am wearing, and I can’t blame them either.  My hair is big, with tight curls, resembling an Afro.  It’s a mass shaped like a halo, a dark one, around my head.

But he didn’t hear, I suppose, for he kept asking how much it cost and other things.  So when the bus started I was glad.

My hair has always been curly.  But it was in college I started experimenting.  It sat so well with ‘back to basics’ and ‘nature culture’ I was so fond of, that I started keeping it.

And often people took it for a wig.  Whenever I said it was real, they’d touch it and sometimes yank in disbelief. 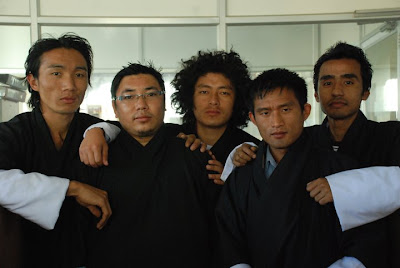 I do steal a lot of amusing and disapproving stares from toddlers to elderly people, which I dually return with a fitting glance.  But it can be nauseating at times when you are low and down in spirits.  Some youngsters think it is cool, while some break into sudden laughter.

On occasion, some people take me for a wayward person and justifiably, since our society has their granted say on outlandish ways and behaviour.

There are even instances when people keep stakes and of course I have won many bets.  There are others, who inquire the technique to get this big unscrupulous hair.  Well, I have no answer to that, since it is natural and a gene(uine) case with me.

In dark alleys, I’ve often spooked others, not intentionally.  I just happened to be passing by.

My friends usually have chunks of such jokes to heap on me. 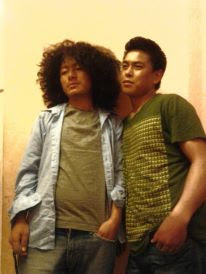 It’s been seven years now, and it has become part of who I am.  To me, it means no style statement or whatsoever; it is just that I am comfortable and confident.  It helps in being me; to be precise, it could be perfectly surmised in the words of Ralph Waldo Emerson, “To be yourself in a world that is constantly trying to make you something else is the greatest accomplishment.”